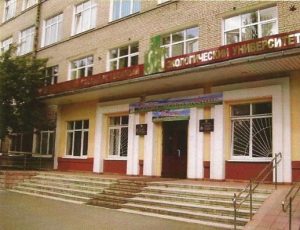 AMI has concluded a cooperation agreement with the International Sakharov Environmental Institute, which is the leading institution of environmental education of the Commonwealth of Independent States. The University was founded in 1992, the main building of which is located in the Republic of Belarus.

AMI has established a correspondence branch of the faculty of “Environmental Medicine” of the International Sakharov Environmental Institute. The AMI students of the faculties of “General Medicine” and “Stomatology” can enter this faculty of the Sakharov Institute in a course corresponding to their course, as the curricula of our education institutions are mutually agreed upon and provide an opportunity for studying the related specialty. 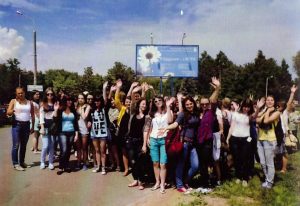 The duration of study at the faculty of “Environmental Medicine” of the International Sakharov Environmental Institute is 5 years; the training is organized for 2 semesters. 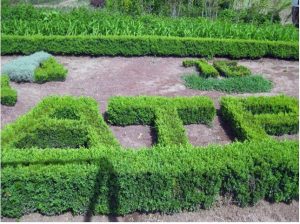 This week the students were hosted in the demonstrative seedbed of “ATP” and in the Educational Center of Ecology after Michael and Virginia Ohanyan. The students got acquainted with the seedbed, after which a lesson-discussion was held, dedicated to the problems of global climate change and thermal effect.

Our last lesson on the subject “Medical Ecology” we conducted outside the classroom. Many of the issues discussed in the classroom received a practical look in nature. At the initiative of our teacher, Hasmik Martikyan, we visited the village of Karin, Ashtarak region. It is here, where the demonstrative seedbed of Armenia Tree Project of the Charitable Foundation “ATP” and the Educational Center after Michael and Virginia Ohanyan are located.

Then, the works carried out over the past 20 years were presented: millions of trees have been planted in all regions of Armenia, multiple programmes on education and poverty reduction have been implemented. Interesting conversations and discussions were held on various issues. The innovations in the irrigation system are noteworthy, which make it possible to use water sparingly and have more green areas.

Our last lesson on the subject “Medical Ecology” was held in a relaxed atmosphere. When discussing the most varied issues outside the classroom, in nature, next to the caressing greenery, everyone was willing to express his thoughts aloud… After the lesson in the open air, we returned to Yerevan with wonderful impressions.

Since 2008, AMI has been cooperating with the Stavropol State Medical Academy. The Academy was founded in 1938. It is the leading institution of medical science, methodology and education in the North Caucasus. The Academy was awarded with the international awards: “The Cannes Silver Medal” and “The Flagman of the XXI Century” as the most dynamically developing enterprise. Here, foreign specialists are trained in the specialties of “General Medicine” and “Stomatology”. 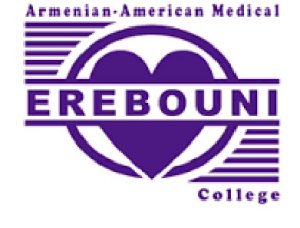 Since 1977, the college has provided the nursing staff of the republic with more than 20.000 medical workers.

The following specialties were and are taught in the college:

Today 1300 students study and more than 100 teachers work at the college, many of which have a scientific degree. Foreign specialists from the US, Sweden and other countries also teach at the college.

In 1995, the college was the first in Armenia to establish a four-year educational programme for nurses. It was implemented in cooperation with the UCLA Medical Center in Los Angeles, USA. The college trains nursing administrators, who receive a state diploma from the college and a bachelor’s certificate issued by the California Medical Center (UCLA).

In 1996, the Nurses Association was established. According to the signed contract, since 1996, the college has been cooperating with Jönköping University in Sweden. In order to improve and exchange experience, the teachers and the best students of the college are sent to Sweden.

In 1997, the college became the educational base of the post-graduate education of nurses for the Department of “Nursing Administration”, established in the NIH RA.

The Second International Congress of Nurses was held in Armenia on September 18-20, 2013. On the third day of the congress, on September 20, the Chi Delta branch of the STTI Honor Society was established in the Armenian-American State Medical College “Erebouni”.

Since 2011, the college has had an agreement on cooperation with the University of the West of Scotland, UK.

According to the signed contracts, the best graduates of the college can continue their studies in the second year of the Armenian State Pedagogical University after Kh. Abovyan, the Armenian Medical Institute, as well as at the faculty of “Public Health” of the American University of Armenia.